Marijuana is Addictive: Don’t Be Fooled About “California Sober” Unless you’ve been living under a rock, with all of your devices turned off, you probably heard about singer Demi Lovato’s claim that she is “California sober.” In her depiction of this new term, she can use alcohol and drugs “socially” without falling into her former addiction to opioids or other drugs. (Deconstructing her life and her belief in this lifestyle can be a whole other article.)

One belief Lovato seems to have is the idea that marijuana (and alcohol) are just fine to use recreationally and no danger to sobriety. It’s simply not true; both alcohol and marijuana are addictive on their own, even if they never lead the user to opioids or “harder” drugs.

Marijuana has always had a lot of stigma attached to it, which has helped muddy the water when truth and fiction about this popular drug. The “drug wars” of the past 30 years often treated marijuana possession harshly. Many police crackdowns on marijuana dealing and use heavily targeted Black Americans, leading to mass incarceration and further societal problems.

Meanwhile, nobody stopped using marijuana, and it eventually was decriminalized and legalized for recreational use, at least in many states like California.

Propaganda often gets in the way of prevention and education when it comes to drug use. Myths and misconceptions about the nature of marijuana use also have helped hide any truths about its harm. For example, for many people, marijuana is a “gateway drug” – often the first drug they try before moving onto their drug of choice. However, it’s not addictive in the same intensity as heroin or cocaine. Yet, it still can take a tremendous toll on your quality of life.

Now vs. Then: Marijuana Potency

Marijuana addiction is common, but there haven’t been a lot of studies on it. The active component of marijuana that gets people high, THC, has increased exponentially since the 1960s. In the ’60s and 70’s THC levels in weed were typically under 10%. Today, some marijuana products at dispensaries boast up to 70% THC levels.

A person who uses marijuana is not automatically addicted to it. Indeed, its draw is primarily psychological instead of physical addiction. Many people try marijuana and use it casually, walking away from it quickly after a phase in life. Some people move on to “harder drugs,” but they are not the majority.

Being addicted to marijuana on its own is possible. Some people who use marijuana lose interest in almost everything except getting high. Like other addicted people, they may suffer job loss, financial woes, relationship problems, and trouble with the law. And, when addicted, they may need help to quit.

And yes, a person who uses other drugs is much more likely to relapse onto their drug of choice.  Marijuana, after all, is a drug.

If you choose to use it, you will probably find it is more trouble than it is worth; there are better choices for you when you stay sober. 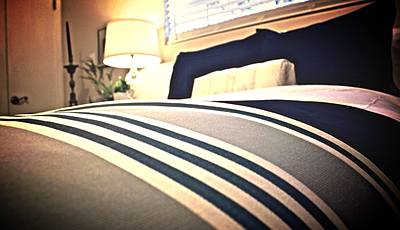 A beautiful openness to share her hope. Bravo Gaga, taking a true story that might at first glance appear like the typical lifestyle or repetitive stumble of an artist's life, turned into an expression of life, redemption and above all a huge impact on many a followers that this talented and immensely creative woman is. What an amazing way to realize the power an artist has, beginning with Elton John and his ability to pass on the message of recovery. THIS is the type of story that deserves the hype. We support and admire you Gaga and can't wait to see your new material and the shift that you as a creative individual will bring. If you created such awesomeness high, the bomb is yet to arrive. Go rock and roll and our applauses go your way.

Colombia, a world known drug capital, now seeks to decriminalize marijuana in an effort to change the way their population confronts use and its legal implications. It seems that the 'war' against drugs seems to be a fight against a larger giant, and as we move from decriminalization to attending the underlying factors of use, abuse, addiction and illegal and informal economies, time will show us these new trends in approaching our legal systems and how they interact in our world. Although having 'up to 20 plants per household' seems a little outlandish, I guess you have to start somewhere. A very brave step towards change yet research and statistics will prevail. It will be interesting to see the societal impacts and overall interaction with borders and trade.